Unusually for a private funder, John Lyon’s Charity will award grants directly to state schools. All state primaries, secondaries and special schools are eligible to apply as long as they have been inspected by Ofsted. The Charity supports a wide variety of initiatives in schools that seek to help their neediest pupils either in terms of attainment, emotional wellbeing or family engagement.

The Primary Shakespeare Company started life at Holy Trinity & St Silas Primary School in Camden. Taking the National Theatre’s Primary Classics model of teacher INSET and creative work on a Shakespeare play, the School extended this to include a performance component for the children. By working with neighbouring schools in Camden who were participating in the project, they were able to put on a Shakespeare Festival where each school performed a segment of a Shakespeare play.

Luke Williams, Artistic Director of the PSC comments: “After having worked at Holy Trinity for a number of years we could see how performance adds another dimension to the children’s learning… you understand the play in a totally different way than when you’re reading it.”

In 2009, with encouragement from John Lyon’s Charity Holy Trinity & St Silas successfully applied for a grant to create Shakespeare Festivals in four of the Charity’s boroughs (Barnet, Brent, Westminster and the original borough, Camden). The scheme came to fruition in 2012 with 22 schools participating in four festivals across the four boroughs, using The Winter’s Tale as its theme. In 2013, two further boroughs were introduced (Ealing and Kensington & Chelsea) and by 2014, 28 classes across 27 schools in six boroughs took part. This represents almost 850 children participated. The project has now become so established it also registered as a charity in 2014, the Primary Shakespeare Company (PSC).

What do they actually do?

The PSC sends theatre practitioners into primary schools; all of the practitioners have worked with the National Theatre or the RSC, and have also worked extensively in schools and colleges alongside teachers. Each year, it selects a Shakespeare play to investigate and perform.

At first, pupils and teachers watch a professional performance of the play, to familiarize them with the story and to provide a bench-mark for standards of performance. Then, the practitioner leads the children in a workshop that investigates the play and explores the work of Shakespeare. The play is broken down into section and each school in the borough is allocated a different segment.

After this, during a series of rehearsals, the children work with the practitioner, who becomes the director of their section. Finally, the schools come together with other participating schools from their borough to create a festival during which the play is re-assembled, with each school performing their part of the whole play.

Why is it different? 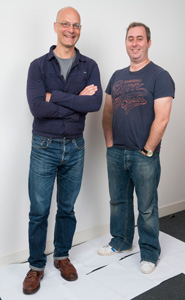 One of the most important elements of the project is that it originated within a school. Whilst the project is now managed by a separate organisation, it is still run by teachers who also regularly teach in primary schools. As a result, it is able to anticipate and react immediately to feedback from participating teachers. INSET sessions are delivered by peers in local schools, which helps teachers respond in a more relaxed environment.

Unlike any other INSET / CPD session currently offered, the PSC uses a class of children during the sessions, which inspires participating teachers in a way that theory-based sessions are not able.

When schools sign up to take part in the PSC project, they become part of a network of schools all willing to share knowledge and best practice in order to make the most of the project for their children. The project works best when children are immersed in Shakespeare and the work is used to inspire all areas of the curriculum. Neil Carter, Programme Director of PSC comments: “It has become self-evident over the last couple of years that the important thing to get this project to work is the integration into the curriculum… Teachers became more interested in it because it was helping their literacy… we really pushed that at the INSET.”

“Primary Shakespeare Company is a stealth writing project. Outwardly, it all seems to be about performance. Secretly, we’re smuggling in important lessons about how to be a creative writer. Through inhabiting the characters of Shakespeare’s plays, imagining their situations, the settings in which they live, facing the dilemmas that they face and taking the actions that they take, the children who participate in our projects are provided with a huge amount of material for writing. If a fruitful partnership can take place between our directors and the class teacher in the school, an enormous amount can be achieved.” Luke Williams, Artistic Director, PSC

What do people say?

Feedback from participating schools has been important in developing this initiative and ensuring that it works in a way that is acceptable to teachers who have limited to time. Comments from teachers have focused on the benefits that the workshops have had on all elements of the curriculum and the project has encouraged many schools to adopt more Arts activities as an integral part of the school day. Some schools have gained so much confidence in delivering Shakespeare that they are now holding their own ‘Shakespeare Weeks’, something that they had never considered possible before.

Annie Williams was the head of Holy Trinity & St Silas Primary School until she sadly passed away in late 2012. She was a tireless advocate for PSC, for Shakespeare and for the centrality of the creative arts in the primary curriculum. We at the Charity sought to acknowledge her work by offering the ‘Annie Williams Prize’ to schools participating in the Primary Shakespeare Company project.

The first Annie Williams Prize will be awarded during the 2015 festival season. The award will not necessarily go to the school that gives the best performance but will be given to the school that the judges feel has made the most progress over the course of the project, and where children and staff have most fully embraced the spirit of the project.

The prize has two facets:

The participants of the Primary Shakespeare Company kept a blog on the Charity’s website in 2014. Please click here to read more.